The few remaining active members of HeroDAO have collectively decided to pause operations for the time being.

HeroDAO started as a radical experiment: Can you create an IP franchise that is owned by its fans? The DAO was summoned at 4:20 on March 10th, 2021.

Why did it fail?

1. We failed to build a significant enough audience during the previous bull run to survive the end of it.

None of our content was compelling or consistent enough to build a large enough audience and generate the excitement needed for a successful brand. We hosted dozens of twitter spaces, but attendance was small. We tried offering POAPs for completing onboarding or attending townhalls, but were spammed by bots. We attended several web3 or comics related events but were given speaking times during opening ceremonies twice (weird coincidence) and had barely any attendance at in person events. Our efforts were not focused enough, and we did too little too late.

2. We failed to create meaningful ecosystem allies or partners, or break through the noise.

Despite aidroping $1M worth of MoonRock token to participants of similar web3+comics related projects with the goal of capturing enough attention to recruit more contributors. The leaders at The Greatest Larp, MetaGame, & Punks Comic refused to help us publicize our legitimate airdrop and we found it extremely hard to break through the noise. Many people who found out about it did not claim because they thought it could be a scam. Nearly everyone who did claim the airdrop immediately completely dumped it. More than 85% went unclaimed.

3. We failed to learn fast enough that 10 people working on business development, project management, recruiting etc for 4 hours a week each accomplish far less than 1 person working on it 40 hours a week.

While the DAO was not without direction and leadership, the time between rounds of script edits, back and forths with artists, marketing plans, blog approvals, etc. was constantly longer than it should have been. We did not move fast enough to create our comic and other content, nor put enough man-hours into HeroDAO. There was no one working full-time for the DAO, for example.

4. Onboarding User Experience sucked, which made retaining contributors and adding new ones poor.

To join the DAO we required learning metamask, switching to gnosis chain, getting dai->xdai->wxdai, figuring out the dao haus interface, and more. There were too many technical whoops to jump through and not enough directions or tasks for would-be contributors to pick up when they joined.

Key Take Aways
HeroDAO is still a great idea, and will likely be back someday
We built something cool, getting other people
Moon Girl #1 is a super rare comic now

For MR holders and DAO contributors:
Over the coming days, we will be printing the only run of Moon Girl #1 comics. Anyone in the DAO who wants a copy can have one. After that time, any money in gnosis safes owned by the DAO will be returned to the treasury. Then members are free to ragequit their shares into a pro rata amount of the value in the treasury, effectively returning economic stake to participants. I highly suggest removing any MR liquidity you have soon.

Any money left in the treasury will go to future Hero DAO ops if the project is ever revived. 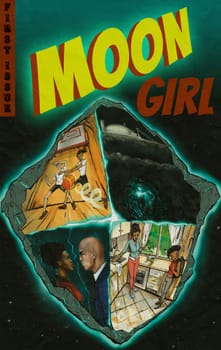 Moon Girl is a comic book character created in 1947, and now in the public domain. Our first major project is a comic book series rebooting the original character, with new villains and new stories. 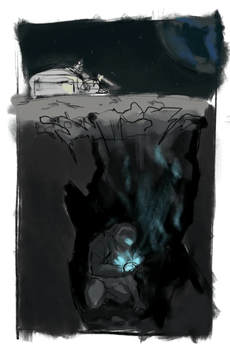 Why does Hero DAO matter?

Decentralizing all of popular media so that it is not controlled by a few corporations is a large and lofty goal. Our experiments currently focus on the particular domain of comics & supporting media, allowing indie creators to have a platform owned by them and their fans for funding and creating new works.

Our pursuit is the world's first superhero franchise freed from corporate control and truly owned by fans and creators. 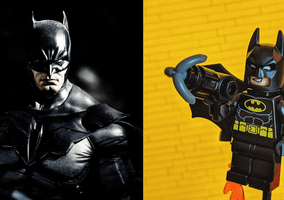 HeroDAO changes what we mean when we talk about a community of fans and creators. Through the DAO’s membership system, the community becomes defined in a way that a comic book-based community never has been.... 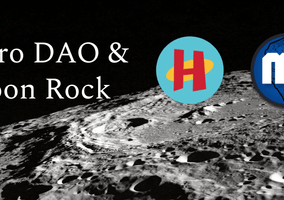 Moon Rock is a digital token created to connect the different parts of the Hero DAO ecosystem, align incentives, and encourage a clear rewards system for contributors. Moon Rock is like tickets in an arcade....

The #1 way to join the DAO is to contribute. Anyone can contribute art, writing, marketing, project management, funding, 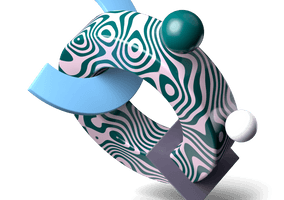 Pencils, inks, and coloring; write a story, an arc, or help us design a new character. Bring an idea to the DAO and come up with a funding proposal. 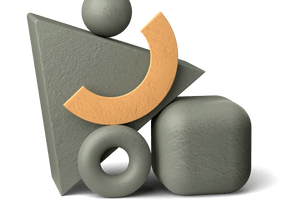 Earn shares by contributing your skills

Write a blog, help us with marketing, lead a working group, manage a project, or use what ever skills you can bring to the DAO to help us grow and achieve our goals. 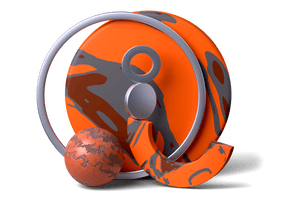 Tribute funding directly to the DAO to earn shares. Every tribute is voted on by the community. So pop into discord and say hi first.

Hero DAO members vote and actively participate in governance around all major decisions in our media production: Which cover to pick, who to delegate for writing various works, what projects to fund, what heroes to create stories for next, and more. 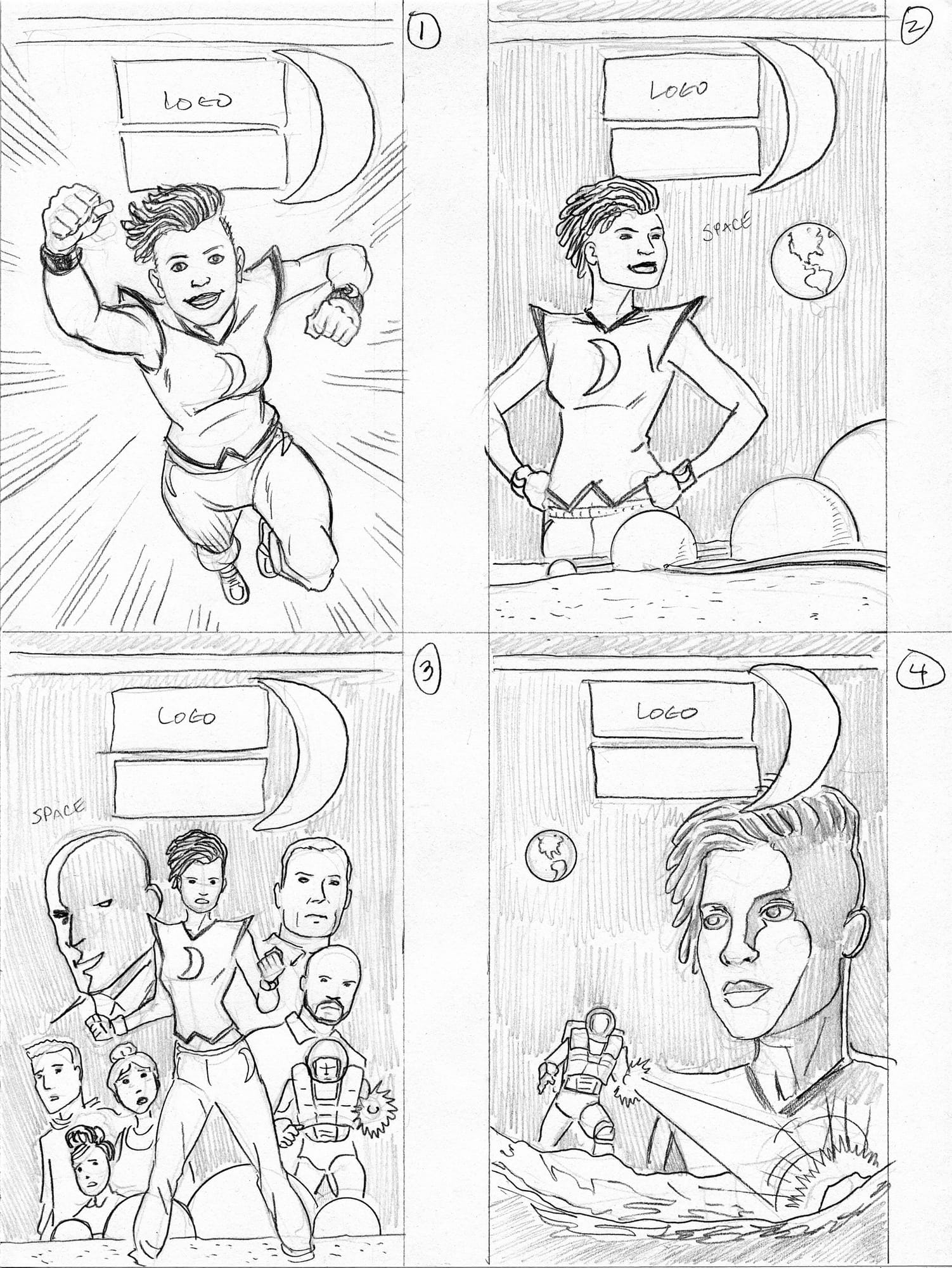 What is Hero DAO?

Hero DAO is an organization focused on rebooting comic book heroes who have fallen into the public domain, and building a community owned franchise.

Where is Hero DAO going?

We're launching a real physical comic book, and an entire superhero franchise where the IP is owned by the community. Expect an ecosystem of several heroes, and the first physical comics shipping in 2022. Next up is more heroes, several kinds of media, a cinematic universe, and create asset licensing.

What is a DAO?

A Decentralized Autonomous Organization is a community of people making decisions together in a decentralized manner. A DAO is better at making decisions than other communities because software automates executing the results of votes. Our DAO can own IP collectively, like a co-op. There are also protection mechanisms built into the organization. For example, at any time members can “rage-quit” their shares in the organization, and take a prorated amount of the treasury with them.

How is Hero DAO controlled?

Hero DAO does not currently have a governance token you can buy. To join the DAO you must contribute to the vault or content. In return, you will receive non-transferable shares. 100% of the money in our vault is controlled entirely by the DAO’s members through 1-share-1-vote voting. We can vote to pay an artist or launch a token, and if the votes decide something happens, then it is automatically executed. There are no delegates or funds controlled by insiders, and the founders are no longer the largest shareholders.


Hero DAO is DAO first. We started with a DAO in February 2021 with the explicit goal of creating a superhero franchise that is owned by the artists, creators, and fans that love it. Instead of launching a token sale, we launched a community first, with everyone that wants to participate leading the vision.

Where is Hero DAO built?

DAOhaus -- a no code platform for Moloch DAOs. We use Gnosis Chain to secure shares and automate voting actions. Gnosis Chain uses Proof of Stake which requires a similar amount of energy as sending emails.

How can I join?

You can join Hero Dao by contributing work or purchasing shares from the DAO on Gnosis Chain. Hero DAO is focused on ensuring shares are given to content creators, and we welcome anyone looking to contribute their time or ideas. We're also working out ways to automatically give shares to fans and consumers of our content, to make our franchise truly community owned at every level.

How can I contribute?

Attend Town Halls or other meetings, voice your opinions. Help create digital artwork or writing for our comic or other media. Help do proofreading for scripts. If you want something to do... just ask. Onboard any of your interested friends and find interesting public domain IP for us to reboot.

What is Hero DAO building right now and next?

Hero DAO is building a media movement based on the premise of fan owned and fan directed works. We want to bring ownership of our IP to the creators who help make it possible, and guarantee everyone in the creation process is compensated for their work.

Feel free to ask in our discord channel, someone will answer it as soon as possible.